With one council accepting just five appeals in 2019, we’ve given drivers a helping hand when it comes to challenging council parking fines. 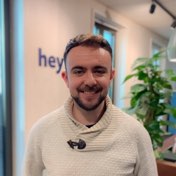 Chelmsford has been revealed as the place that you're least likely to overturn an unfair parking fine with just five drivers successfully challenging a fine between January and September 2019.

We submitted Freedom of Information requests to every city and borough council in the country to uncover just how inconsistent councils are when it comes to adjudicating on parking appeals.

Other areas where you're unlikely to be successful if you appeal include Haringey in London where just nine per cent submitted were successful, and Leeds where 13% of drivers won appeals.

Determined to help people who think they're the victim of an unfair parking fine, we've put together this template letter for you to download, which gives you everything you need to challenge an appeal.

Data revealed that more than 350,000 parking appeals were submitted nationwide between January 2019 and September 2019 - with one in three (34%) succeeding.

The harshest councils were revealed as:

London motorists face very different outcomes depending on where they are caught parking illegally - with five councils featuring in the harsh list, but in contrast those issued with parking fines in London Lambeth can almost be guaranteed a successful appeal.

The places most likely to accept a parking appeal across the UK were:

We submitted the request for information following our research which revealed parking wars were reaching a peak in the UK.

In our survey of 2,000 car owners revealed one in four admit to rowing with their neighbours over where they park their cars.

The figure rose to nearly half (41%) of 16 to 24 year olds being caught up in parking fury and one in 10 drivers said they had been compelled to leave a sign out reserving their spot.

Download your template letter to challenge a parking fine here